Considerations on the draft law n.º 2.963, from 2019 – Acquisition of rural property in Brazil, by non-Brazilians

On December 15th, the Brazilian Senate approved the previous draft law n.º 2963, from 2019, that regulates the acquisition of rural property by foreigners. Furthermore, this draft law must be analyzed by the Deputy Chambers of Brazil. Even if the Deputy Chamber approves, the Brazilian President will still have the power to interpose, as he already manifested back in December 24th, 2020 on his social media account (Reuters agency). If the draft is in fact interposed by the President, it will be in the hand of the National Congress to confirm or deny the presidential interposition. Public protests both against and in favor of this project have flooded specialized media.

The acquisition of rural property by foreigners is governed since the 18th century, when Brazil was still a Portuguese colony, and after that during the Brazilian Empire. In the 20th century, the legislations in charge of the National Agricultural Colonies, would sometimes admit qualified foreigners due to their knowledge of agriculture, to be considered as an example and incentive for the national producers. However, it was only in 1971, with the law n.º 5.709, that the subject gained more relevance, regulating the acquisition of land by more than just foreigner individuals or Brazilian residents, but also by international companies with Brazilian shareholders and headquarters in Brazil.

With the establishment of the Federal Constitution of 1988, a new controversy came up about the law n. º 5.709/71 being current or not. Countless opinions and reports were published by public agencies, one contradicting the other. The situation generated juridical insecurity to the ones interested to invest in the Brazilian agribusiness, and resulted in the obtaining of resources from foreign financial institutions by the Brazilian agricultural producers. If eventually the producer enters in default, the external bank could not adjudicate the guarantor rural property to satisfy its credit.

In the 21st Century, the global economy required an update in the legislation, which was considered highly paternalistic and restrictive to foreign investments.

Caused by the different legal opinions, with mandatory/binding force, it was necessary to modify the legislation. Of the countless projects presented, finally on December 15th of 2020, the Brazilian Senate approved the facilitation of possession, acquisition and lease of rural property by a foreign individual or legal entity.

The current legislation does not inhibit the acquisition of rural property, but creates great restrictions, especially when it comes to acquisition by a legal entity.

The restrictions imposed in the bill do not apply to legitimate succession, whose acquisition by inheritance is made freely, except if the property is located in an area essential to national security. In this case, prior consent from the National Defense Council is required.

The project maintains the already existing criteria of proportionality. In this way, a foreigner can acquire rural property, as long as the sum of the areas held by foreigners does not exceed 25% of the municipal territory. Also,  a single nationality cannot have more than 40% of the area foreseen in the sum of areas held by all foreigners. In the case of and individual, the foreigner who is married by the regime of total communion of goods with a Brazilian citizen is excluded, in which case the proportionality criteria will not be applied.

It also validates the acquisitions made until the law came into force, due to the diversity of interpretative opinions that were regulating the matter at hand, alongside Law 5.709 / 71 that was in force.

Brazilian companies controlled directly or indirectly by foreigners are now treated the same, regardless of their origin. Thus, they will be able to acquire freely, as long as they meet the required information on the composition of social capital and nationality of the partners in the National Rural Registry System, SNCR, and in the rural environmental register.

The following legal entities’ acquisitions or exercise of any type of possession are subject to approval by the National Defense Council, even if indirectly, through the direct or indirect acquisition of equity interest, the constitution of any investment funds or the contracting of consortia.

Non-governmental organizations, private foundations and sovereign funds, with the specifications the law determines, as well as the Brazilian legal entities with properties in the Amazon Biome are subject to 80% or more of the legal reserve.

In the cases above, the exception is the provision of public service including generation of electricity

The bill also prohibits the qualification of foreigners, whether natural or legal, for the concession of forests, under the terms of Law 11.284 / 06.

The acquisitions made by foreigners, like any other property, must fulfill the social function, under penalty of expropriation. Furthermore, fulfilling the social function implies rational production, protection and conservation of the environment, observance of the rules related to all forms of work and the well-being of rural producers/workers.

The acquisitions will be carried out at the Real Estate Registry Office, they must then inform the INCRA, which is the agency that implements land policy. Purchases that violate the law are revocable.

Rural society segments are favorable to the modernization of legislation, as it allows the increase and security of foreign investments in the country, while other segments see the facilitation of acquisitions by foreign companies as a factor that increases land prices, and even when they don’t, it becomes a matter of security and national sovereignty.

Now all we have to do is wait for a final definition to end the legal uncertainty about these acquisitions. 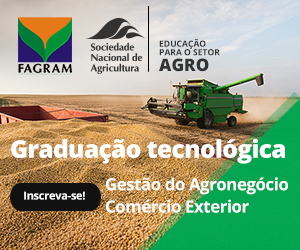