The United Kingdom’s departure from the European Union on December 31, 2020, and the Covid pandemic have both presented challenges and opportunities for the livestock sector. These include changes to consumption demand, both domestically and in export markets, and on supply, through developments in logistics, labor, and terms of trade. In CY2022, more stability in the sector is forecast,
but much uncertainty remains.

The United Kingdom (UK) meat and livestock sector hopes that CY2022 will bring a measure of certainty following a time of significant disruption and need for the sector to be agile, although it did bring opportunities as well as challenges. CY2021 started with the UK’s departure from the European Union (EU) and the latter immediately implementing export health certificate and other checks on animal and animal product imports. These initially disrupted trade flows but exporters are now becoming familiar with the requirements. Similarly, from July 1, 2022, the EU will face similar requirements for exports to Great Britain (England, Wales, and Scotland).

The UK began CY2021 in another Covid lockdown. Successive lockdowns through CY2020 increased retail sales and takeaway purchases of meat. Consumers looked to treat themselves at home as they could not eat out. These purchases favored domestic product. Imported product is more heavily utilized in the hotel, restaurant, and institutional (HRI) sector. In CY2021, there has been a slow reopening of
the HRI sector, but this has not fully offset the decline in retail purchases. However, the reopening of the EU’s HRI sector has provided some support to UK exports, improved the carcass balance, and profitability. We forecast a continuation of these trends in CY2022.

Finally on production, the UK cattle herd remains in long term decline, while the swine herd is expected to have peaked at the beginning of CY2021 following a backlog of pigs carried over from the previous year. The swine sector, and to a lesser extent, the cattle sector, have complained of labor disruption in abattoirs in CY2021. An increase in animals may be carried over into CY2022. This will support
production in CY2022 but the downward trend in herd size for both cattle and swine is forecast to continue.

Cattle numbers in the United Kingdom (UK) continue to decline, and the 1 percent fall in both the dairy and beef cow beginning stocks in CY2021 is expected to be repeated in CY2022. For the dairy herd, the reasons include the improving milk yield and the use of sexed semen (increasing the proportion of females). Rising feed costs and the expectation of reduced farm support payments in the future are
contributing factors in both the beef and dairy herds. On the support payments, the UK’s departure from the European Union (EU) on December 31, 2020, means the UK is no longer part of the Common Agricultural Policy (CAP). Although the UK government has confirmed it will match payments for now, it is taking the opportunity to transition to a system that rewards in areas not otherwise provided by the marketplace.

This will include an increased onus on environmental stewardship but will require additional monitoring and reporting, as well as costs, on the part of producers which is expected to act as a disincentive for some. Uptake of pilot schemes has thus far been reported as low.
Slaughter volumes have declined in CY2021, mainly due to tighter supplies. To a lesser extent than other sectors, there may be a higher number of young animals carried over into CY2022 due to a reported shortage of butchers in the processing sector. This will support the slaughter volume in CY2022. It is currently forecast to increase marginally, the ongoing contraction of the herd being
another factor.

The reduction in slaughter in CY2021 is reflected in beef production, albeit average carcass weight is expected to end the year up marginally on CY2020. This is due to the capacity restrictions in abattoirs slowing throughput and leading to heavier animals being presented for slaughter. Consumption of beef is expected down slightly in CY2021, with the recovery in the hotel, restaurant,
and institutional sector (HRI) more than offset by falling retail sales following their significant rise during the lockdowns of CY2020. This is especially the case for steaks, roasting joints, and burgers. Home purchases of all these categories rose in CY2020 as consumers looked to treat themselves at home. While beef production is forecast up in CY2022, consumption is currently forecast to fall. The
ongoing recovery in the HRI sector is not expected to offset a return to pre-COVID levels of retails sales. Indeed, the foodservice sector is forecast to remain below pre-pandemic levels through CY2022 with consumers slow to return fully to their previous habits, The sector needs time to recover – some businesses will never reopen, while others face recruitment challenges as many of their staff were EU
nationals who have since left the UK.

Imports in CY2021 are expected to end the year down from CY2020, a sharp drop at the beginning of the year partly offset by the increased demand from the HRI sector in the second half of the year. Imports are currently forecast unchanged in CY2022. The introduction of export health certificate requirements and other checks on imports from the EU on July 1, 2022, is expected to be a limiting factor on any growth.

By the same logic, exports in CY2021 are down – the immediate introduction of export health certificates and other documentary checks by the EU on January 1, 2021, disrupted trade while the sector adapted to, and learned, the new arrangements. Exports are also skewed towards the EU’s HRI sector which, like in the UK, is slowly recovering. UK retailers traditionally buy domestic product. Should they up their Buy British credentials in CY2022, and they are expected to come under pressure to do so, this will reduce the availability of beef for export. Even so, exports are currently forecast to rise from CY2021 but remain below CY2020, buoyed by the increase in production, lower domestic consumption, and increasing familiarity of traders with the new EU requirements.

A backlog of pigs from CY2020 and a good pace of slaughter in the first half of CY2021 combined to mean slaughter volume is expected up year-on-year. This is despite the pace of slaughter being reported as having slowed in recent months, in part due to the reported labor shortages, especially of butchers, in abattoirs. Many of the employees who left this sector over the past 18 months due to post-Brexit visa
requirements and Covid were EU nationals. Industry has called on a relaxation of the visa requirements for these workers but thus far this has not been heeded by the UK government. It has instead argued that the sector should look domestically to fill any employment gaps. Disruption in the haulage sector, for similar reasons to the above, is also reported to have affected deliveries of pigs to abattoirs.
Subsequently, farming unions have called for a welfare cull of 150,000 pigs. The assumption is these are animals that are ready for slaughter but are struggling to get a slot at an abattoir or cannot physically be delivered. Again, the government has thus far proved reluctant to finance such an initiative. The carryover of older pigs from CY2020, and delays at slaughter, has increased average carcass weight in CY2021, over and above the general upward trend in weight due to improved genetics and contracts that allow higher weights. A forecast decline in the breeding herd in CY2022 means slaughter volume is forecast to fall. Carcass weight is also forecast down slightly, but this remains subject to the amount of carryover into CY2022, and ongoing pace of slaughter, that occurs due to the current squeeze on labor. Trade in live pigs is minimal, mainly imports from Ireland for slaughter.

In line with trends in slaughter, pork production is expected to slow in the latter part of CY2021, but still end the year up on CY2020. By the same argument, production is forecast to decline in CY2022. Consumption in CY2021 is expected up year-on-year. While there have been significant challenges for pork in the HRI sector, such as the closure of hotels meaning a downturn in demand for bacon, a key
component of any cooked English breakfast, and ham for pre-packaged sandwiches, the impact of the Covid pandemic has not been entirely negative. For example, there has been an increase in demand by the takeaway sector, which has experienced a steep rise in online ordering and delivery. Like with beef, Covid has led to increased treat-at-home purchases by consumers, such as bacon sandwiches and more family roast dinners, and this has continued in CY2021, albeit slowing in recent months with the return to more eating out. Looking to CY2022, HRI consumption is forecast to continue to recover, albeit not to the level seen in CY2019, at the expense of retail sales. One constraining factor is expected to be the continuation of many employers to allow their employees to telework, thereby reducing eat-to-go
purchases, a market in which pork does particularly well.

On trade, CY2021 is proving a challenging year for UK pork exports, a combination of the African Swine Fever recovery-related slowing of Chinese demand, and the documentation required for exports  to the EU. Despite an expected increase in exports in the latter part of the year, total CY2021 exports are forecast down year-on-year. A slight rise is forecast for CY2022, but still significantly below CY2020.
Imports are expected down in CY2021, due to a combination of the increased domestic production and reduced exports. As with beef, imported pork is also favored by the HRI sector, which is only now showing substantial signs of recovery. A further decline in imports, again due to ample supplies of domestic product, is forecast for CY2022.

Chicken production rose at the beginning of CY2021 but is expected to finish the year below CY2020. Like the other meats, retail consumption increased during the successive lockdowns of society which continued, in one form of another, through the spring of 2021. Total consumption is expected up in CY2021, but this reflects the strong gains early in the year, rather than more recent developments. While use in the HRI sector was down, the booming takeaway market provided good respite for the poultry sector. As society continues to reopen, an inevitable switch back to HRI purchases is expected. The poultry processing sector has also faced a labor shortage in recent months but, unlike the other sectors, has been successful in persuading the UK government to agree to short-term visas for 5,500 poultry
workers through December 24, 2021. This is primarily targeted at the turkey sector, albeit any benefits will be felt across all poultry. This will especially be the case if industry stakeholders, who have suggested it is too late and production decisions have already been made irrespective of the schemes uptake, prove correct. A combination of a slight fall in forecast consumption in CY2022, a continuation
of the late CY2021 trend, and ongoing challenges in the processing sector, means production is also forecast lower year-on-year.
Exports are expected down in CY2021. This is mainly due to the introduction of documentary checks by the EU but also due to HRI demand on the Continent being slow to recover. Exports are currently forecast to rise slightly in CY2022, as both issues abate. CY2022 imports, also down in CY2021, are forecast to return to the level seen in CY2020, supported by the reopening of the HRI sector. 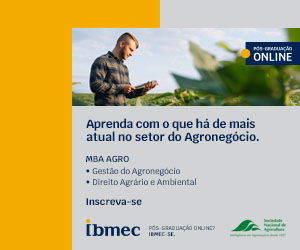 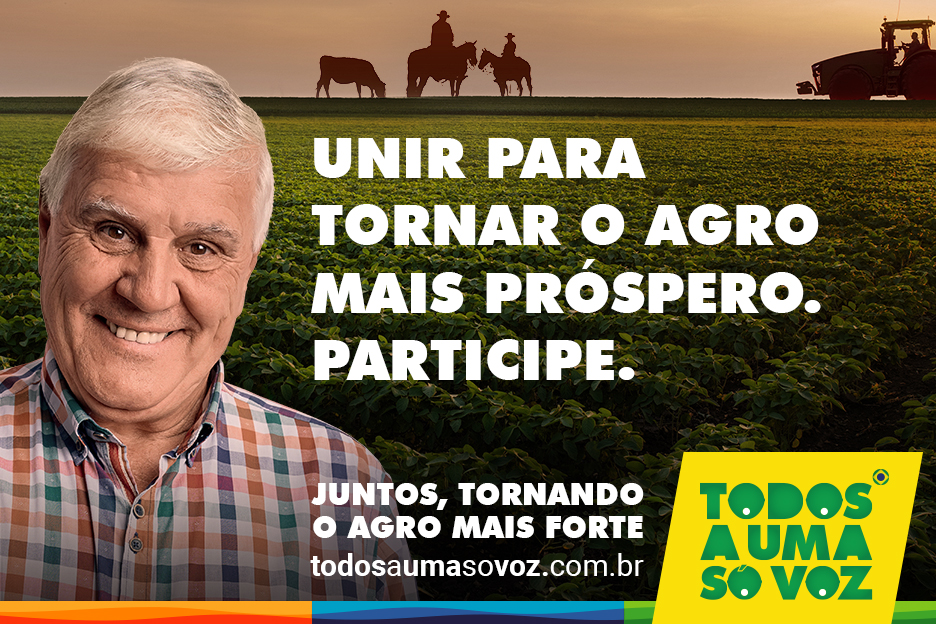